After a long ride through the mountains again we arrived in Pamukkale in time for a late lunch. It is really hot here! We could see the hillside of Travertines (calcium carbonate) that developed over 10000 years, depositing the calcium down the hillside. It looks so unreal! We went to the top by van. Above the hillside is an incredible ruin of an entire major Roman city. The Romans appreciated a good bath area when they saw it so they built all around it and took advantage of the hot springs water. The area is so big. You can see ruins in every direction as far as you can see. The travertines have been a big tourist attraction since people lived in this area. It hasn't changed. The place is crawling with tourists from everywhere. We walked down to the pools where everyone goes, many in swimsuits. The water is warm but it is hard to walk on areas with rocks. Some of it is so smooth from so much water flowing over it. We walked among the ruins. We saw where the bath was and the temple to Apollo and another large theater. The steps on this one were incredibly steep. We were dying in the heat and grateful when we got back to the van. Again, Paul and Diana are in a different hotel and since dinner is included at our respective hotels, I will be eating alone tonight. My hotel is lovely. My room is very nice but I can only use wifi in the lobby. Not too convenient! I got my suit on as soon as I got into my room since I was so hot. The pool is beautiful. And you can see the travertines from there. So I spent some time relaxing by the pool with a beer. I was almost alone there. Right after I left large groups of people arrived so the place is loaded. 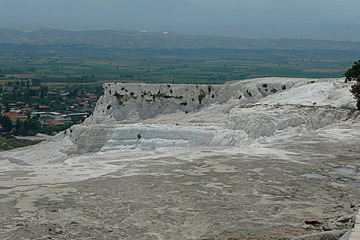 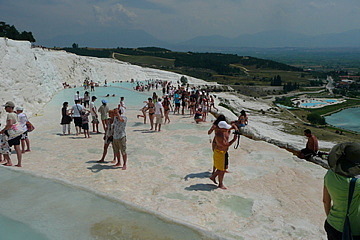 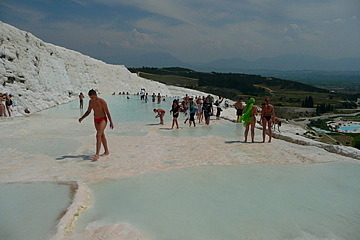 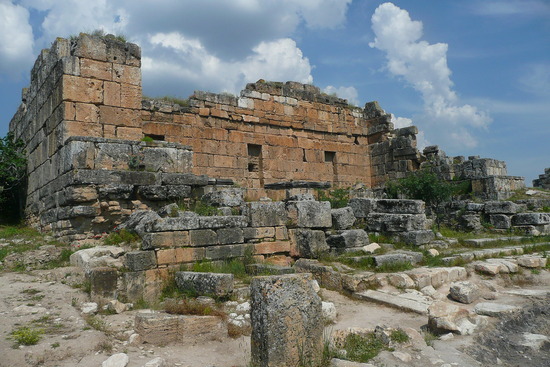 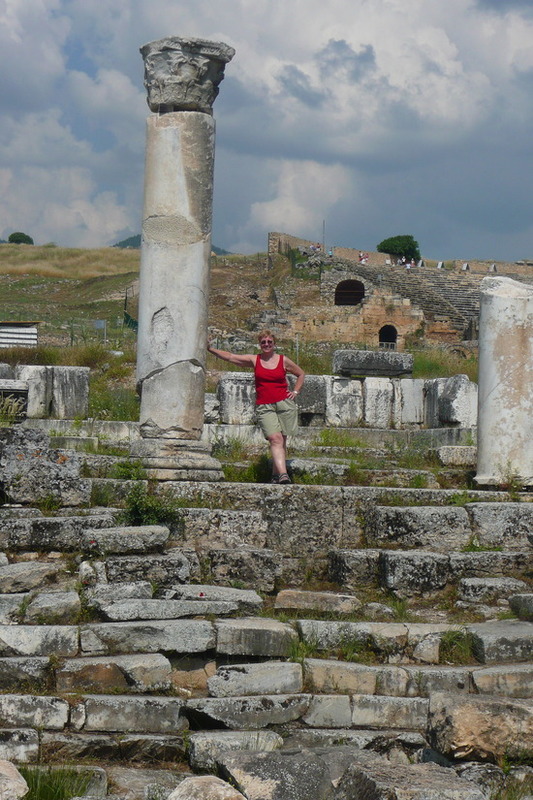 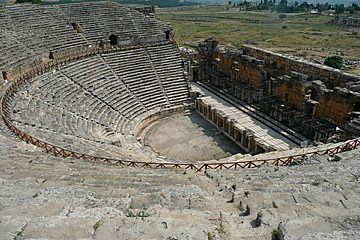 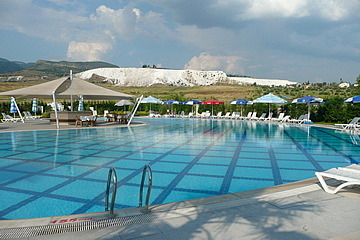