Lousey end to a fabulous trip

This was the last day of my tour. Saving the best for last. We went to Ephesus in the morning stopping first at the house where Jesus mother, Mary lived out the rest of her life. It was way up in the hills which I wondered about but later realized that she came there when Christians were being persecuted. So it made sense that they were away from the city. They believe that this was the location and there were foundations on this spot. It was Sunday and there was an outdoor church service going on right next to the house. I wish I could have stayed for it. Ephesus was as grand as I had heard. It is the most reconstructed of the ruins. It was a major trading port so a very busy place until the water receded and it was no longer a port city. It was hot and very full of tourists but well worth the visit. I guess we were a little "ruined out" after having been to so many sites, but it was important to see. After our visit, we stopped for lunch at a lovely restaurant. Very Turkish and has some new things to try. We knew it was our last meal together since I was catching a flight at 8pm for Istanbul for a 7am flight the next morning. We went into Kashadasi to the bazaar to do some last minute shopping and then back to Paul and Diana's hotel before saying our goodbyes. Murat and the driver dropped me off at the Izmir airport and I went to check in. That's when I discovered that my passport was gone. I couldn't believe it! I looked everywhere but it must have fallen out of my purse sometime during the day. They let me on the flight and I checked into the hotel near the airport. I got up the next morning and went to the airport but they said I would have to go to the US Embassy in Istanbul and get a new passport. So I missed my flights. I got a hotel booked from the airport and a shuttle into town. It was about 7:30 am when I got in so I went to my room to wait for the Embassy to open at 9 am. I took a taxi to the Embassy. It was a 20 minute ride-way out of the center of town. A huge building. It took two hours to go through the process of getting a new passport and it will be delivered to the hotel sometime tomorrow morning. Now I have to figure out a new set of flights. I may have to stay a second night in Istanbul before getting out. 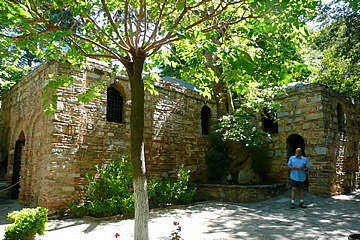 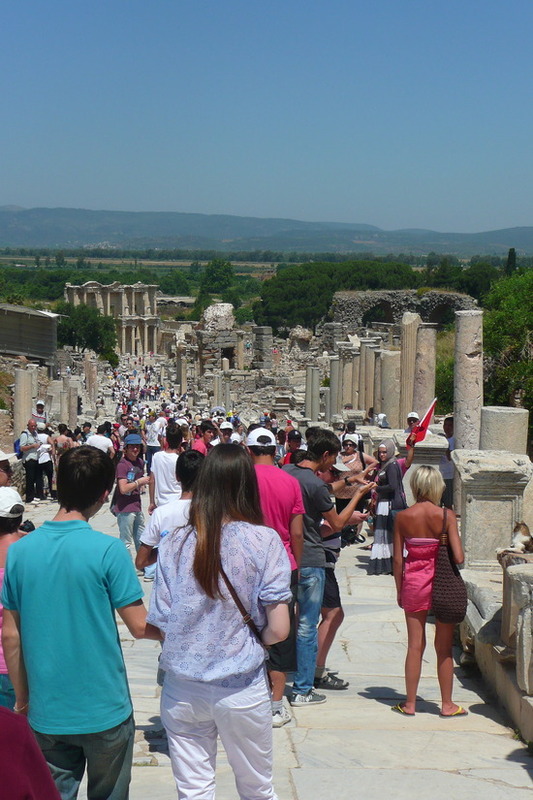 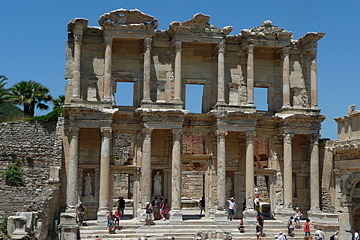 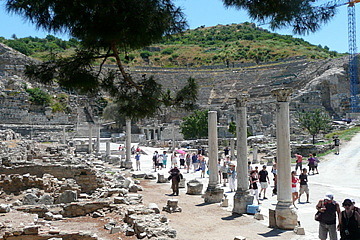 Gateway from the sea looking at the theater 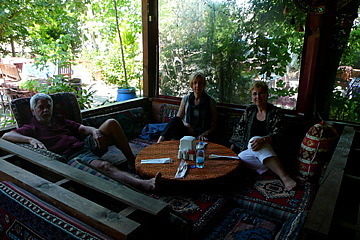 Our last lunch together