It has been a long but wonderful day. We left the hotel at 3am to get up to Nemrut by sunrise. It is up in the mountains at 8000 ft elevation. It was where a pre-Roman King had giant statues of himself and the gods carved into the hillside. His tomb is under the man made peak. Earthquakes toppled the heads from the bodies. The most impressive time to visit is at sunrise since the statues face east. Another set faces west to the sunset. It was a bit tiring to hike up there but well worth it. The statues are amazing for being so old. After coming down we went to a less popular site with monuments to kings and gods. We also stopped at an archaeological site that is being excavated by a German group. What is exciting is that it is considered the oldest ceremonial center in the world. It is 10-12 thousand years old! We also saw a bridge built by the Romans in the 3rd century. We got back to our hotel at 9:50am and went to breakfast. We packed up and headed to Urfa. We stopped off at the Ataturk Dam, the fourth largest in the world. We got to Urfa about 4pm. This town is very different than what we have seen elsewhere. Urfa is near the Syrian border and there are Kurds and much more conservative people. Most woman have their heads covered here. It is a beautiful town with the remnants of a fortress on the hill. We walked around a lovely park and to where they say the Prophet Abraham was born and lived until he went to Israel. We went into the bustling market. It is much more exciting than the Grand Bazaar in Istanbul. We had dinner in a street cafe with the guide. I can't remember any names of what we ate but it was good and quite different. We walked around after dinner. It was so warm and balmy. Lots of people strolling around. A couple of young Muslim women all in black with hair covered, asked to have my pictures with them. I was flattered. Especially since all day, people in droves have asked Son and Cindy to pose for pictures with them. There are no Asian people here and they were fascinated. 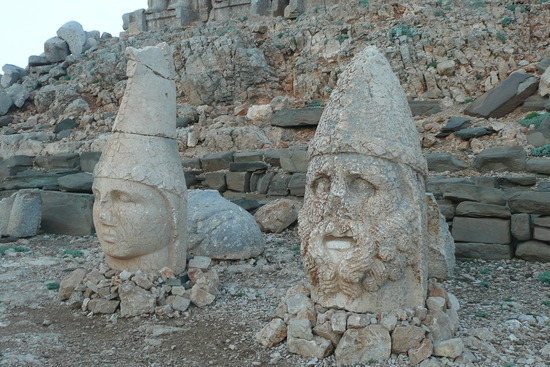 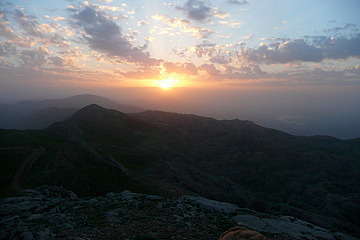 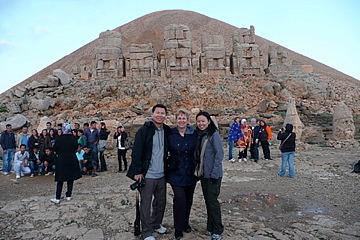 the three of us at Nemrut 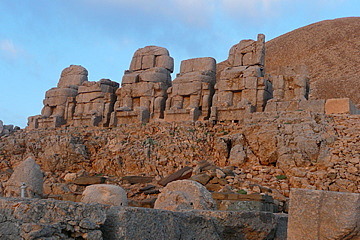 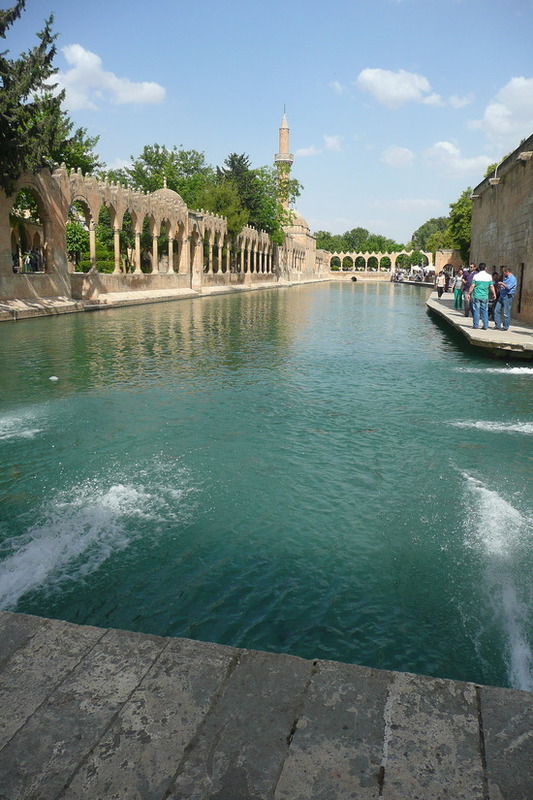 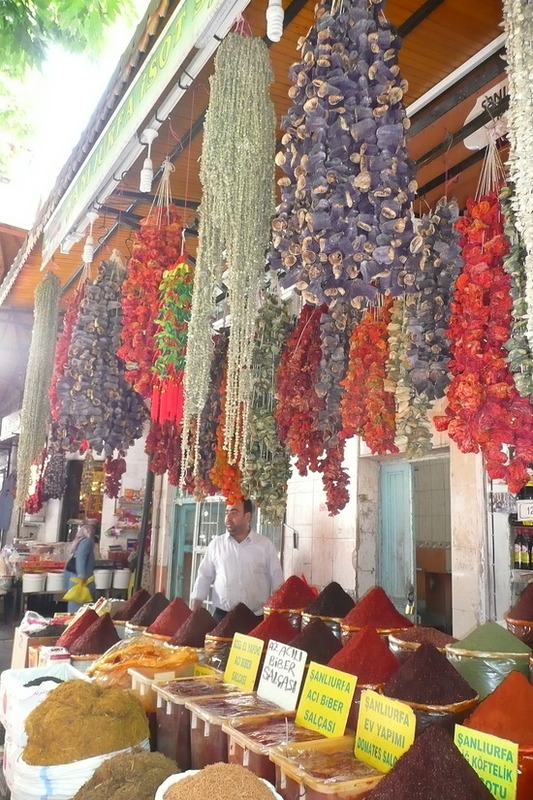 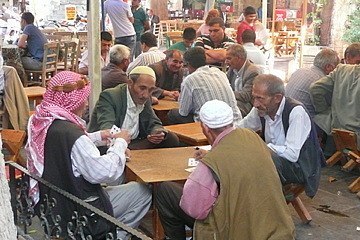 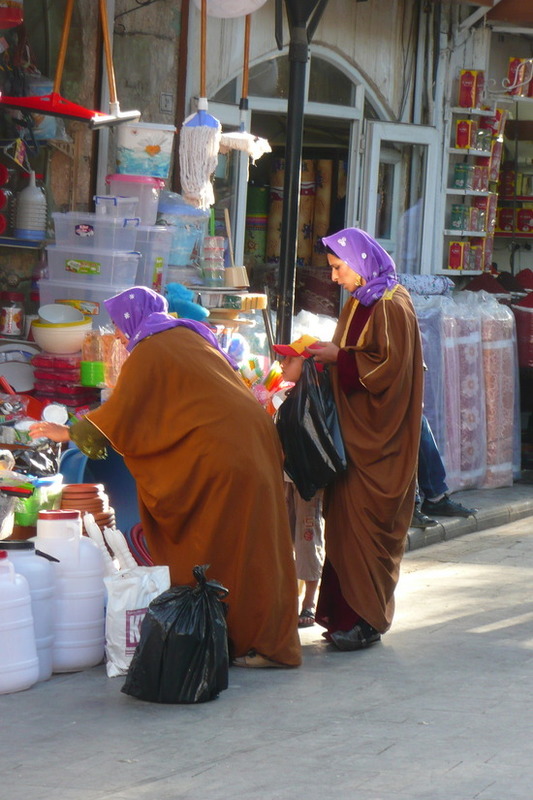 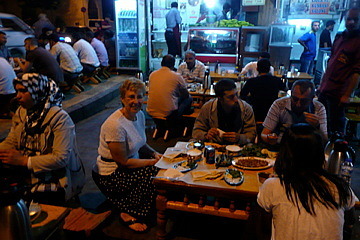